Director of (inter)national Action for Happiness sends his blessings

Date: 30 November 2011 11:36:21 GMT
To: Paul Crosland
Subject: Re: CLARITY ABOUT MY MOVING-ON PLANS whilst keeping a strong-link to Hastings -wanting to return when the conditions are right again, & NatWest CommunityForce

Hi Paul - thanks for the update. Sorry to hear the NatWest thing didn't work out - I'm sure there was some very strong competition for the funds. Best of luck with the move to Brighton - really hope that all works out for the best. Love the idea of "lend it all man" and great to hear that you're connecting with the #occupy folks. Thanks for all the positive things you've done in the name of Action for Happiness. Stay in touch! Mark


Dear All (copied to Mark Williamson, Action for Happiness director)
Thank you all for the NATWEST COMMUNITY FORCE VOTES YOU GAVE AND ENCOURAGED OTHERS TO GIVE.
For me this unsuccessful attempt at raising timebank finance was a litmus test of Hastings/St Leonards neither being ready for what I'm offering or the way in which I'm offering it.
The controversy of my bringing the pier into the issue is well highlighted by this video:
http://www.youtube.com/watch?v=NCYpzKyhyP8
I thought that some of you might like to see the results -as offered below. Can I also ask a favour? Has anyone got time to research how many votes it took to win in 'Ashford & hastings' area & how many it will took to win in Brighton?
I ask because I will be moving to Brighton (and commuting back to St Leonards for two nights a week-ideally WEDS & THURS) if:
1) I can set up the better conditions I seek in Brighton (This basically consists of a supermarket shelf-stacking job through FRIDAY, SATURDAY & SUNDAY nights & living in a Buddhist household committed to the Bodhisattva Ideal)
2) I get offers of accommodation in Hastings/St Leonards to enable me to visit as planned.
Meanwhile, I've moved into a smaller and much neater office upstairs at the southwater centre that has all the vibe of the healings that were done there during "AGoodWeek".
Sue Coates is a keyholder and I would like Graham to accept back a set of keys so that he can use the office (when Sue and I aren't) in order to do the work of The Hastings Happy Crew.
I imagine that others of you can create some value by using the resources of the Mediation Support office, with its computer (just sign in as 'guest'), printer, comfy (orange) chair, display on the board and door of some achievements over 6 months, and streetbank library.
I'm in negotiation with the co-director of Freeelending CIC, Edmund Johnson, about the changed name and direction of the Community Interest Company; perhaps shortly to be called:
Timebanking & Freelending CIC.
Cheers
it's been a pleasure to have your company on this leg of a journey that reaches another crescendo this afternoon by the pier, where a poignant gravestone is being laid by a group of us.
(Don't worry, you'll be able to catch it all on http://www.youtube.com/user/Toothpaste007)
Paul

-it would be great to see you there!
More on 'Lend It All Man' is here:
http://imperfectidealist.blogspot.com/p/paul-aka-lend-it-all-man.html
and my latest facebook update:
Excited by the prospect of the BBC Interview I did yesterday at the Occupy Brighton Camp leading to the recruitment of a team to knock on doors in Brighton and offer to do an hour's work for everyone we meet. (It's a bit like 'bob-a-job' from my youth). http://brightontimebank.info/
---------- Forwarded message ----------
From: CommunityForce
Date: Tue, Nov 29, 2011 at 10:40 AM
Subject: NatWest CommunityForce - The results are in
To:

--
Dear friend,
How are you? Is there anything that I can do to make things (even) better for you?

Asking you about your interest in happiness & sharing:
http://stleonardssharing.info

Thank you for your time reading the whole email and following up what you were moved to do.

Posted by Paul Crosland at 12:33 No comments:

> Now that the consensus has almost been reached to rename the community interest company - Timebanking & Freelending CIC
> I've planned a related book.
>
> Modelled on the modern classic book: "The Moneyless Man; a year of freeconomic living"; I'm planning "Lend-It-All Man - a year of timebanking, freelending & greater happiness". The year begins with the move to Hastings & continues as things fruit in Brighton in 2012.
>
> Kind regards
> Paul
> Thank you to so many people in Hastings & St Leonards;
> http://actionforhastingshappiness.blogspot.com/p/those-who-have-made-good-week-happen.html
Posted by Paul Crosland at 05:49 No comments:

Thank you very much for suggesting lunch with Sue & Barnaby - not forgetting Theo!
I had a most enjoyable time with you & the others on Thursday. Lovely food & fun too.
And naturally we got to know each other a lot better.

Incidentally, I'm very impressed with your Chairing of the Hastings Action for Happiness Meeting with Mark Williamson in September (which I watched yesterday on You Tube).  Everyone there got time to say what they wanted to & it seemed a most productive Meeting; indeed, I think it's a model of its kind.
Well done!

I hope things are going well for you.
Best wishes

Posted by Paul Crosland at 12:05 No comments:

What kind of water are you now in Hastings

Thank you (from Paul) to so many people in Hastings & St Leonards; most recently Patrick Glass, for his searing critique of the 6 months work I did here in setting up this 1st Happiness Group in Hastings;
> http://actionforhastingshappiness.blogspot.com/p/those-who-have-made-good-week-happen.html

Monthly updates on Paul's juggling of so much (seriously playful) stuff at: http://additionalinfo.blogspot.com

(underneath a logo of a Catherine wheel comprised of 3 Jewels, an arrow to the nail that holds the Catherine Wheel.)

What most firmly keeps the Catherine Wheel safely sparking into the world is a firm shared valuing of the values of the Timebank; the word 'Triratna' meaning 'three jewels'.

These values transcend many philiosophies and religions & are expressed in this Brighton (& South Coast) based Timebank as:

1) Compassion (led by the example of the Buddha, who his closest friend described on his passing as "he who is so kind")

2) Learning (informed by the Buddha's teaching, which included a team-based generosity economics)

3) Team-Building (With our development of wisdom and compassion through working together and mutual generosity we become a stronger "Sangha"; setting a collective lead in troubled times, where ego-leading & greed have led to the un-economy.)

People have the capacity to support each other meet not just their basic needs. A guy called Maslow wrote of our highest needs as our need for 'self-actualisation'. The more we go beyond 'self and other' & see "your needs (as) equal to mine", the healthier our communities become.

For all the benefits granted by late-modern society and competitive, debt-based economics, we can do better still.

If you want something better than what we've had to date, spend time finding out how the creative and socially-just application of timebanking (founded by Edgar Cahn) transcends the limits of money, the limits of barter & the limits of those local exchange schemes that have no brokerage-team to make wonderful things happen with no money.

The Moneyless Man, Mark Boyle, in his book of the same name celebrated with us at Buddhafield festival 2009 what could be done to lift the human spirit and re-connect us outside our monetary relationships.

Now in 2011/2012 the same organisation that founded freelender.org*, is coming of age, renaming itself Freelending & Timebanking CIC and seeking to build a strong team that makes a difference to many. Start by registering your interest via http://brightontimebank.info

http://additionalinfo.blogspot.com
Thank you for your time reading the whole email and following up what you were moved to do. 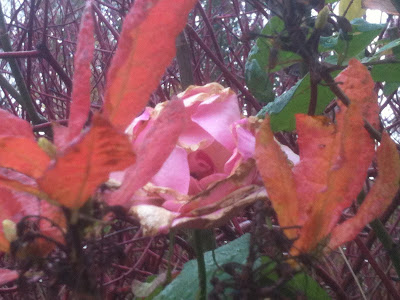 Adapted from Lord Richard Layard, the economist, William James (Habit), Maslow (Self-Actualisation), Csikszentmihalyi (Flow), and Seligman (PERMA, founder of positive psychology in 1998), and others, there are broadly TWENTY ESSENTIAL ASPECTS to personal wellbeing/happiness (in LARGE CAPITALS)

O – OTHERS – Think of doing things for others, not yourself

​you've done that are worthwhile (before going to

K – 'KNOW thyself: to find yourself, think for yourself' (Socrates).  Find what your really LOVE doing – don't stop until you have (Steve Jobs) - somethingWORTHWHILE

M – MEANING, Values & GOALSMatter.  Most crucially it's yourATTITUDE that matters: nothing more – nothing less.

E – EXERCISE.  Regularly exercise, thirty minutes a day, and you'll feel a lot better for it

N – NEW.  Do something new everyday –an anti-habit trains the will (James) - something that is RISKY too!

F –FLOW.  Be completely committed and focussed on what you're doing – whatever it is, get into the ZONE (Mihaly Csikszentmihalyi [pronounced 'MEE-hy CHEEK-sent-ma-HY-ee]). And FINISHthings.  There is nothing more satisfying than actually finishing things – preferably before time.

C – CONTROL.  People are more successful, and live longer, when they feel they are in control of their lives (Marmot).

Posted by Paul Crosland at 21:59 No comments:

Posted by Paul Crosland at 19:27 No comments:

> Dear friends,
>
> How are you? I'm planning an exhibition (as ever) about the first 6 months of Action for Happiness, locally. Probably for the Coastal Currents Festival in Autumn 2012 .
>
> And for those who aren't avid Facebook friends of mine, here's the latest status update:
> Processing deeply the feedback the world has given me from the last 5 weeks and the last 5 years; particularly the comment that I appear to be a one-man band rather than inviting people into an orchestra. My answer is now posted on http://additionalinfo.blogspot.com
>
> Kind regards
> Paul
>
> Thank you for your time reading the whole email and following up what you were moved to do.
Posted by Paul Crosland at 12:12 No comments:

Having graduated from Happiness 101
you become eligible to attend planning meetings for Hastings & St Leonards Action for Happiness and receive mailings from the rest of the group.