The national importance of Hastings and St Leonards Action for Happiness

What we're doing here in Hastings & St Leonards has the potential to lead what the national Action for Happiness movement does, as we are the leading local group. 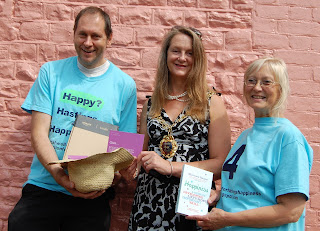 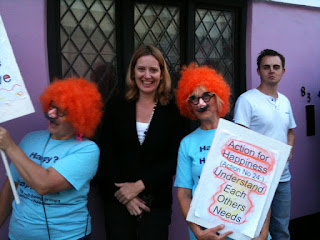 I am writing to congratualate you for leading such an inspirational group as Action for Happiness, with the aim of making Hastings a happier place in which to live.

This is a wonderful initiative, and it is so good to know that you and your group are doing all that you can to remind us all of what is important in life, such as connecting with other people, being active and healthy, learning new skills, giving to others, and learning to appreciate the good things in our lives.  Indeed, gratitude is a powerful and energising force for good.

I see that you and your group have been handing out happiness hints to commuters at St Leonards Warrior Square train station, and conducting stress-busting sessions and talks.

I thank you and your group for offering our town such a valuable and positive contribution.

Having graduated from Happiness 101 you become eligible to attend planning meetings for Hastings & St Leonards Action for Happiness and receive mailings from the rest of the group.