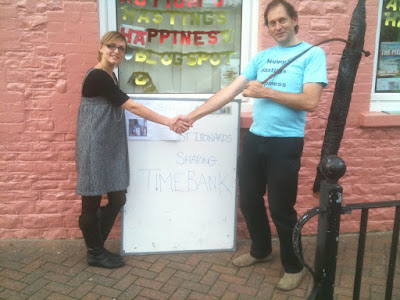 Just had a very successful hour and a half with Elize from the police (including photo shoot & being booked to co-facilitate a Restorative conference in the next fortnight) - the Sussex Police & St Leonards Sharing Timebank arrangement is in place and active. Press release follows. 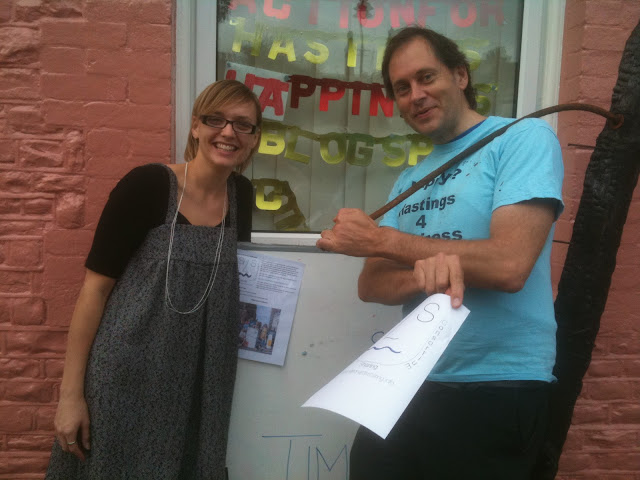 Alsoon Cooper, who as co-ordinator of Soundspositive, has come forward to be the main recipient of the timebanked hours being given to the police to help them with restorative justice says: "I am absolutely thrilled about this because it means the police hours will be put towards more support and police participation in my ground-breaking community project that builds new and improved relationships between groups that do not usually get along- thorugh the medium of music. So I am putting in a funding bid, for a group of police and young people (at risk of offending or who have offended in their past) to put on a music concert, each performing songs or anything else they would like to do. It's not just about the music but having the time and space to build a better understanding of each other, the differences and similarities, and being ok with that. This ultimately would lead to changes of attitude and could have a huge benefit to the town and those choices individuals from either groups make in their future, whether that be more offending or how to approach each other. If anyone is interested in playing in the band please give me a call on 01424 444330. Cheers!".

Having graduated from Happiness 101
you become eligible to attend planning meetings for Hastings & St Leonards Action for Happiness and receive mailings from the rest of the group.